VDAP Brings Nations Together in Volcanic Crisis Management and Response

Out of Tragedy Came Thousands of Lives Saved 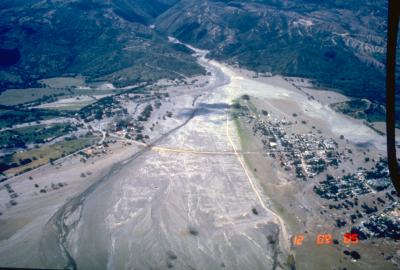 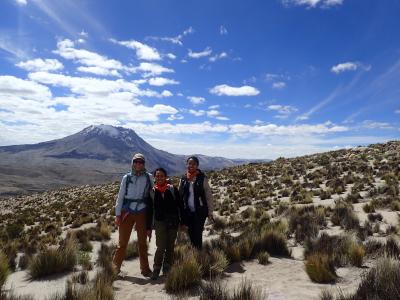 Dr. Heather Wright at Ubinas, Peru with colleagues from INGEMMET. Studying active volcanoes in Peru adds to the global understanding of volcanic processes, benefiting both the U.S. and Peru mutually.

VDAP was formed in 1986 in response to the devastating volcanic mudflow triggered by an eruption of Nevado del Ruiz volcano. The mudflow destroyed the city of Armero, Colombia, on the night of November 13, 1985, killing more than 25,000 people in the city and surrounding areas. Sadly, the tragedy was avoidable. Better education of the local population and clear communication between scientists and public officials would have allowed warnings to be received, understood, and acted upon prior to the disaster.

VDAP strives to ensure that such a tragedy will never happen again. Since 1986, team members have responded to more than 70 volcanic crises at over 50 volcanoes worldwide and have strengthened response capacity in 12 countries. Based out of the USGS Cascades Volcano Observatory in Vancouver, Washington, the group consists of approximately 20 geologists, geophysicists, and engineers. Its guiding philosophy is to assist foreign partners in volcano monitoring and empower them to take the lead in mitigating hazards at their country's threatening volcanoes.

The United States and its territories have more active volcanoes than any country except Indonesia. Access to volcanoes worldwide and collaborating with international scientists improves our nation's capabilities to understand potential threats and develop mitigation strategies that are most effective in preventing disasters here at home.