Partnering in Volcano Science - A Path to Diplomacy 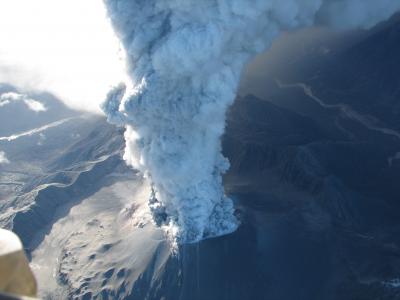 By providing critical monitoring infrastructure, training, and ongoing consultation, VDAP aims to mitigate the risks posed by dangerous volcanoes. Close collaboration with international partners and their stakeholders inevitably results in secondary benefits: friendship, mutual trust, and goodwill. For example, after an unexpected eruption in 2008 at Volcán Chaitén (Chile), VDAP assisted with the creation of a seismic network at this previously unmonitored volcano. This led to collaborative research to understand the volcano's history and hazards, and a shared assessment project to prioritize needs for a national Chilean volcano monitoring system. VDAP scientists were called on to advise the government of Chile at the highest levels regarding a new focus on volcano hazards monitoring and mitigation. The emergence of Chile's volcano expertise and development of a robust volcano monitoring infrastructure followed and has also fostered engagement with Argentinean geologists to understand risks from some of the dangerous volcanoes that straddle the Chile-Argentina border. By pursuing a program of science and public safety, VDAP fosters an environment that engenders international cooperation and diplomacy.